Start your Martial Arts Journey with

Get a 2 Class FREE Pass

When Pacific International Taekwondo Founders Trevor & Margaret Dicks first saw a flyer for a Taekwondo class in 1973, they had no idea that this was fate. A casual decision to head upstairs and take a look at this unique and unfamiliar self-defence artform was a spark that would evolve into their life’s work. 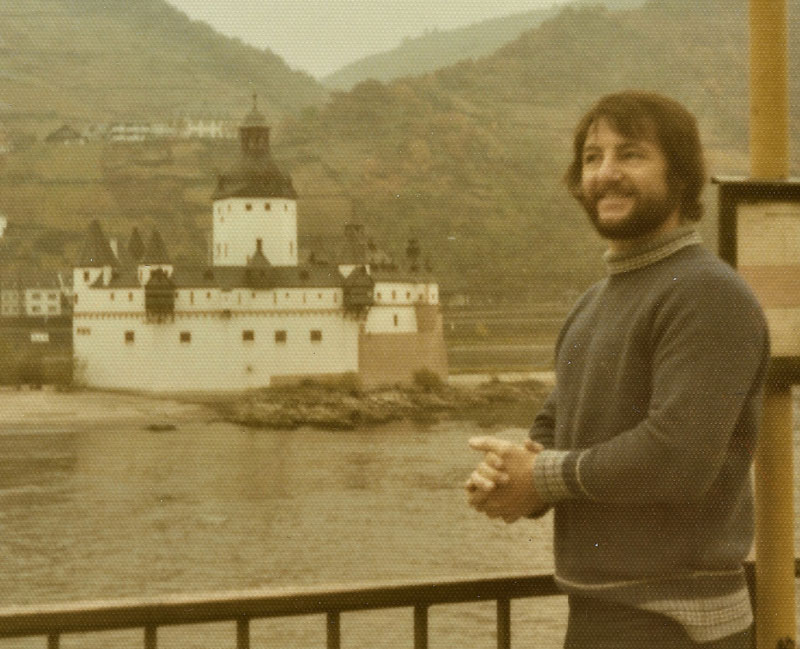 While on a working holiday in the UK, the young couple spotted a flyer and went to check out a Taekwondo class in action. Captivated by the energy and discipline of the men training, they signed up on the spot. 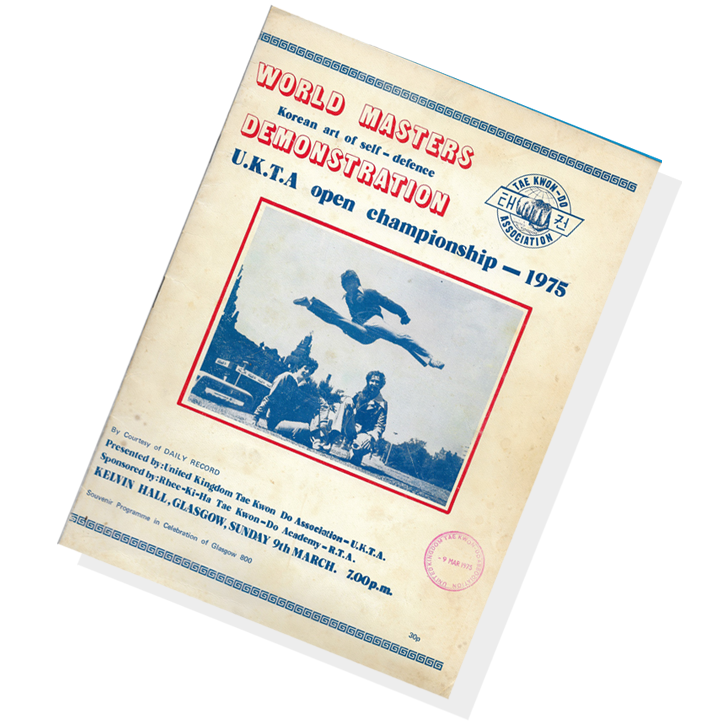 Later that year, with drive and enthusiasm that far outweighing their budget, they packed their belongings and headed to Brisbane to start their own Taekwondo school. Working in the days to pay the building lease and renovating what would become their studio at night, Trevor and Margaret opened the QLD headquarters of Rhee’s Taekwondo in July 1976 to a slow trickle of students. 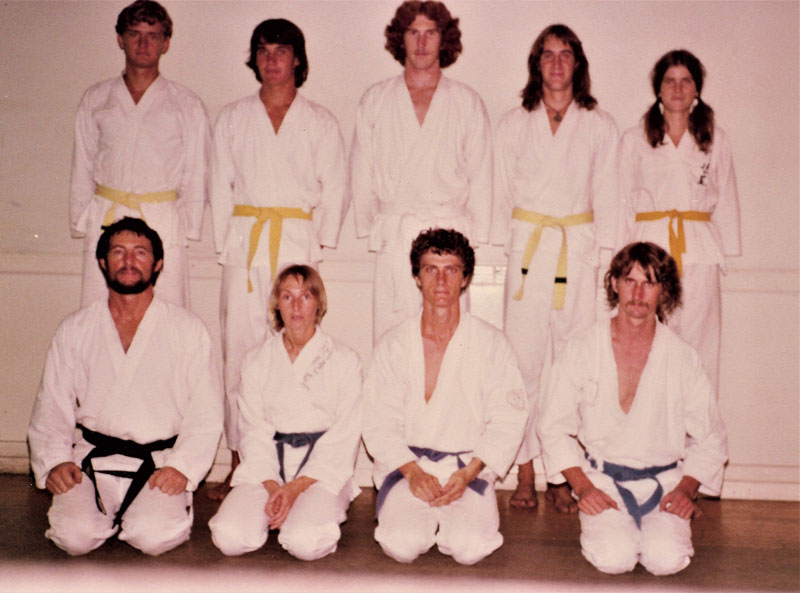 Realising they needed to boost enrolments, and with no advertising budget, an ingenious and somewhat unconventional marketing stunt was devised. One Saturday, the pair climbed out a third floor window to paint signage on the sloped roof of their building. The makeshift sign couldn’t be missed when looking down from every high rise office building in the area- literally thousands of people could see it- and the students started to flood in.

In 2020, 47 years on, Taekwondo is accessible to all and Pacific International Taekwondo actively encourages everyone to come along and give it a go. The positive and supportive trainers (still led by Trevor and Margaret) aim to build confidence and discipline – working with every student to achieve a robust defensive skillset, a positive outlook and an appreciation for fitness. 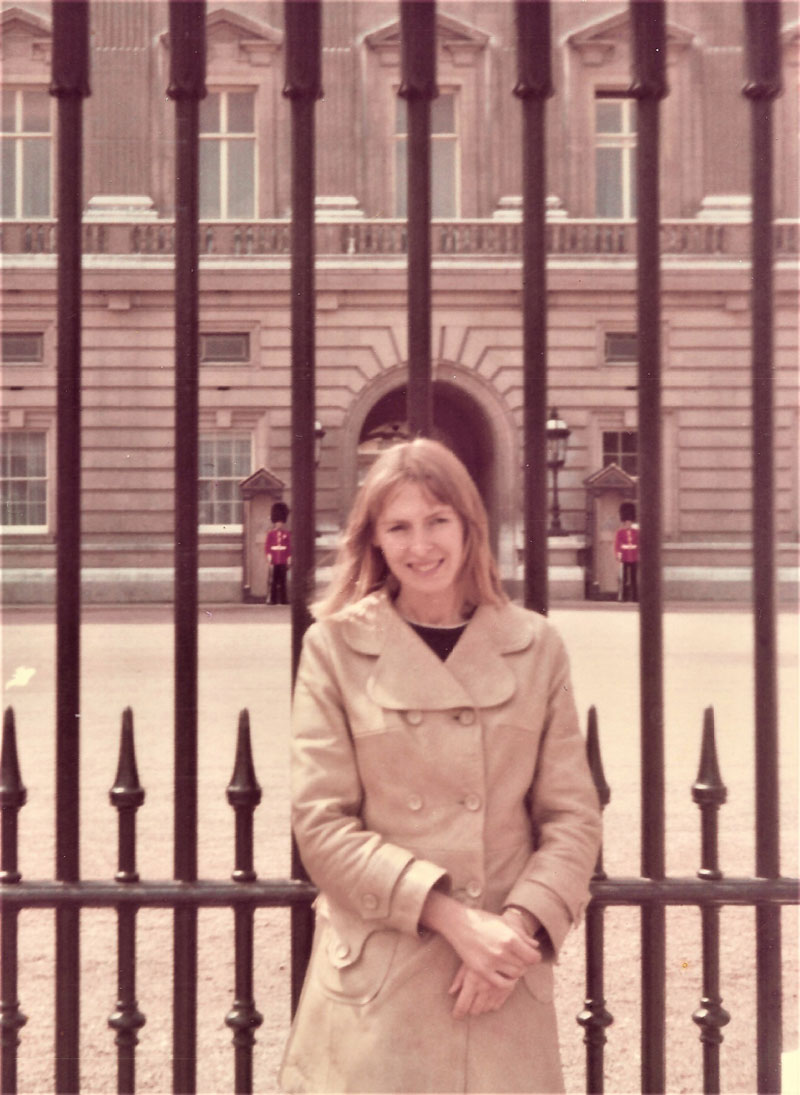 Training under the instruction of Grandmaster Rhee Ki Ha was tough. Margaret remembers the Grandmaster’s force and the way his power seemed to fill the room. The kicks, punches and blocks taught were so powerful that the students had no choice but to learn to become agile and move fast to avoid them. That was both the challenge and the excitement!

It was a Taekwondo World Masters Demonstration at Kelvin Hall in 1976 that inspired Trevor and Margaret to make Taekwondo more than a recreational interest and on their return to Sydney, they enrolled to study Taekwondo under the instruction of Master Rhee Chong Chul at Rhee’s Taekwondo. 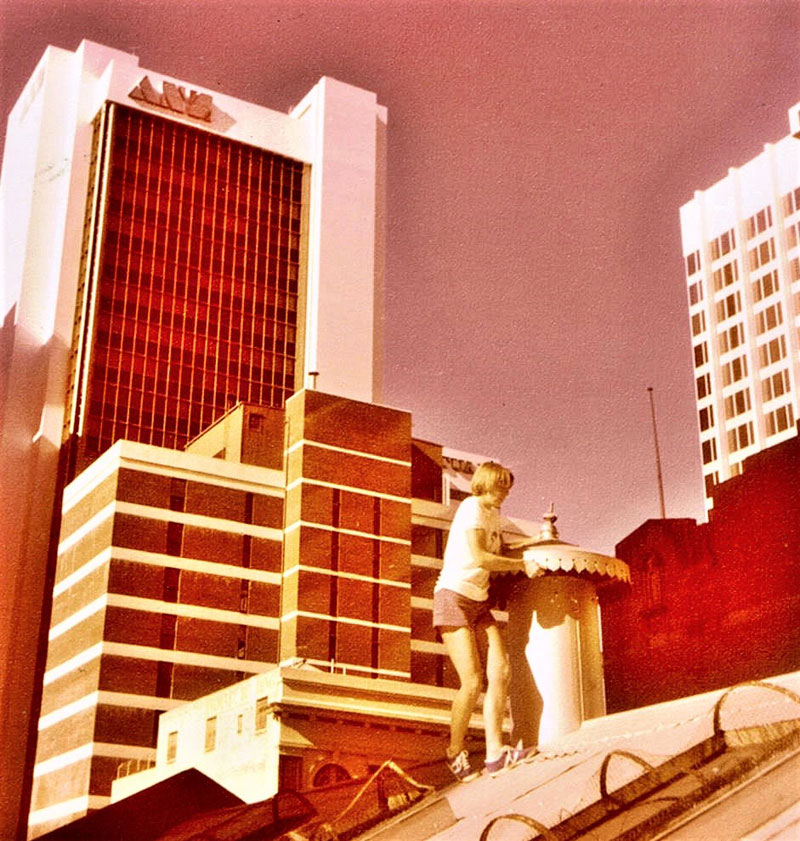 Committed to sharing the confidence, strength and sense of achievement that comes with learning Taekwondo, Trevor and Margaret worked tirelessly through the next two decades to motivate their students to train hard and guided them in achieving their 1st Dan Black Belts. Their commitment extended into training high quality coaches from their students who then went out and opened new branches of the school. Even today, they continue to produce quality instructors and assistants who share their dedication and desire to impart their knowledge and passion for Taekwondo upon a new generation of students. 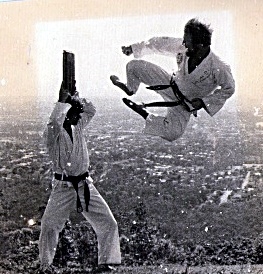 As most things do over time, the old methods of instructing Taekwondo evolved and by 1997, the Dicks’ had formed their own independent school – Pacific International Taekwondo. With multiple locations around Brisbane, this new school focused less on the competitive components of what had by then become a popular Olympic sport and more on the traditional art of self-defence and the personal growth of their students.

Classes are available in 12 locations across Brisbane, Logan and South East Queensland. Everyone is welcome regardless of age, gender, experience or fitness.

A complimentary 2 day class pass is available to anyone who is considering Taekwondo to boost confidence, improve fitness, learn self-defence or make new friends. 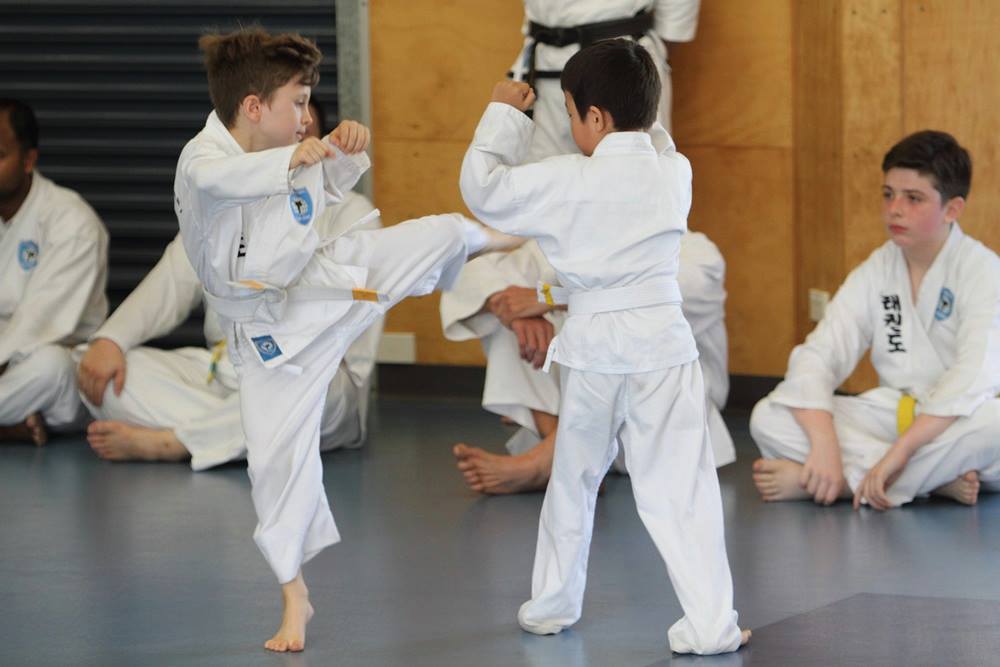 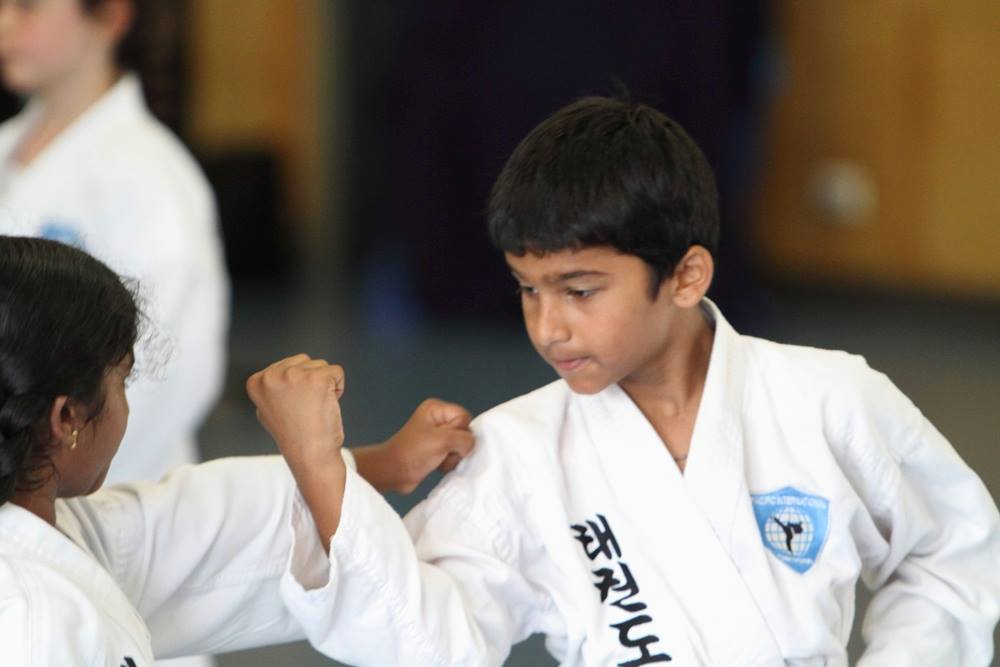 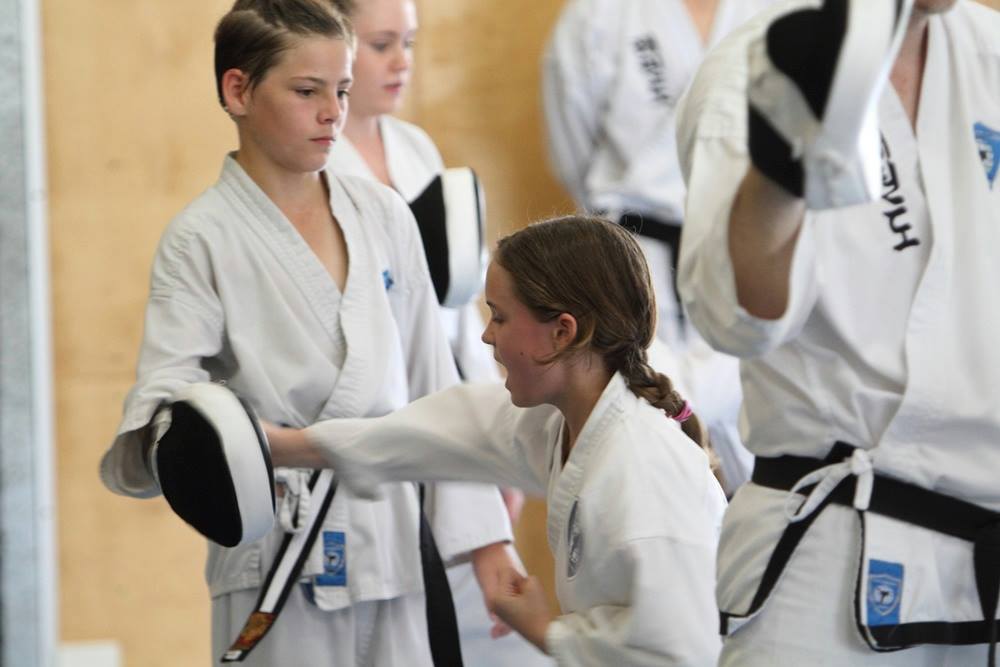 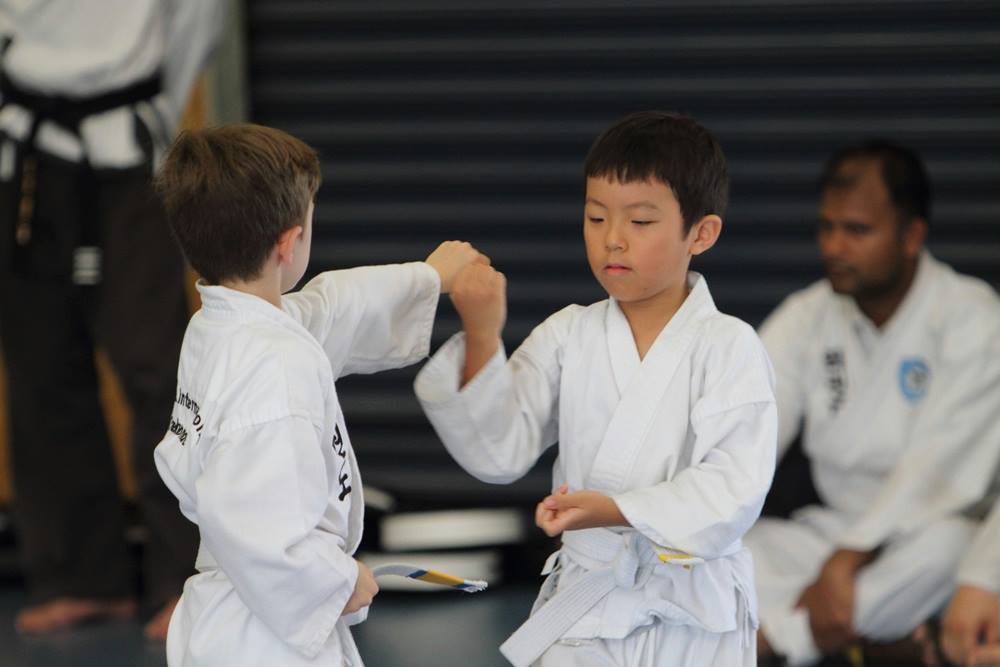 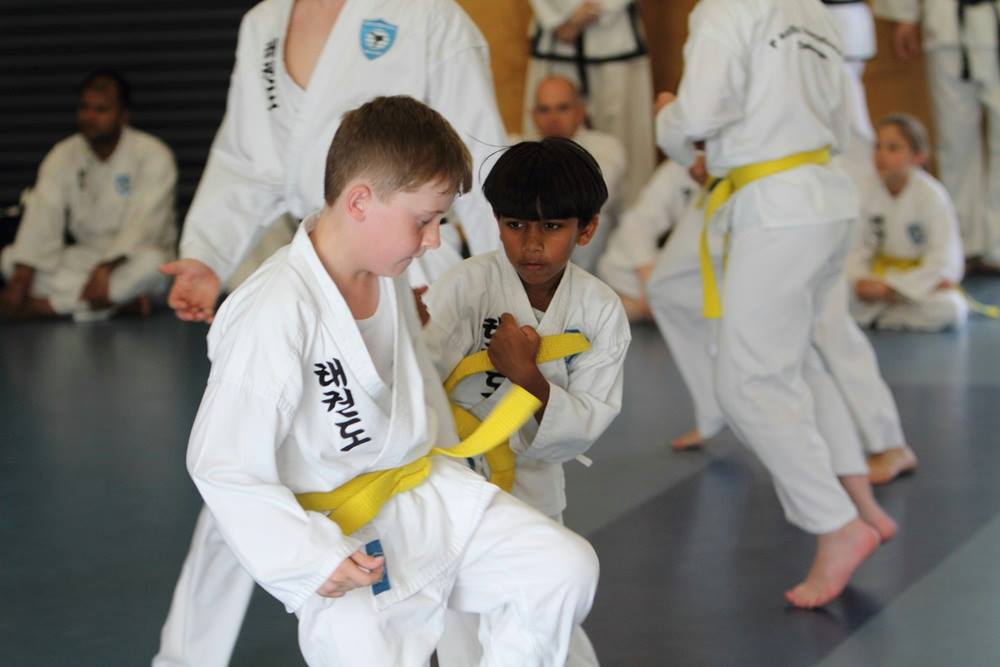 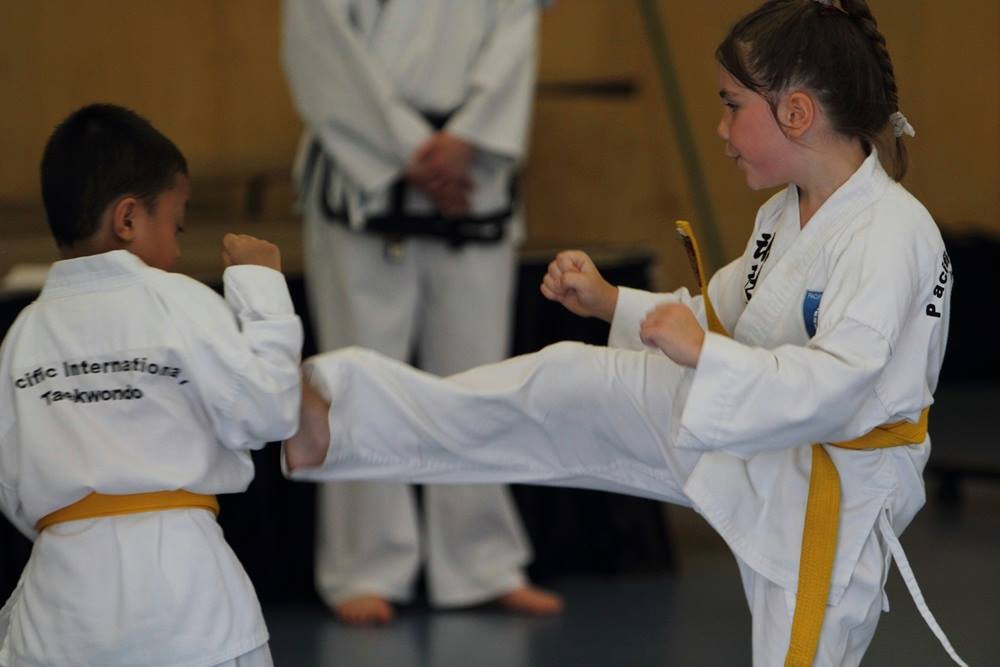 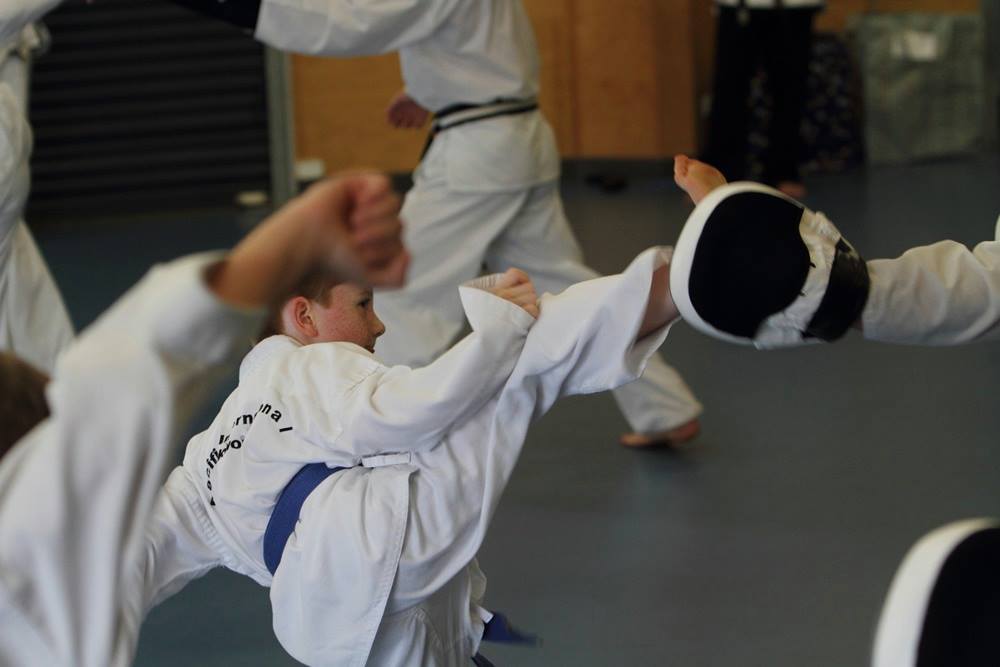 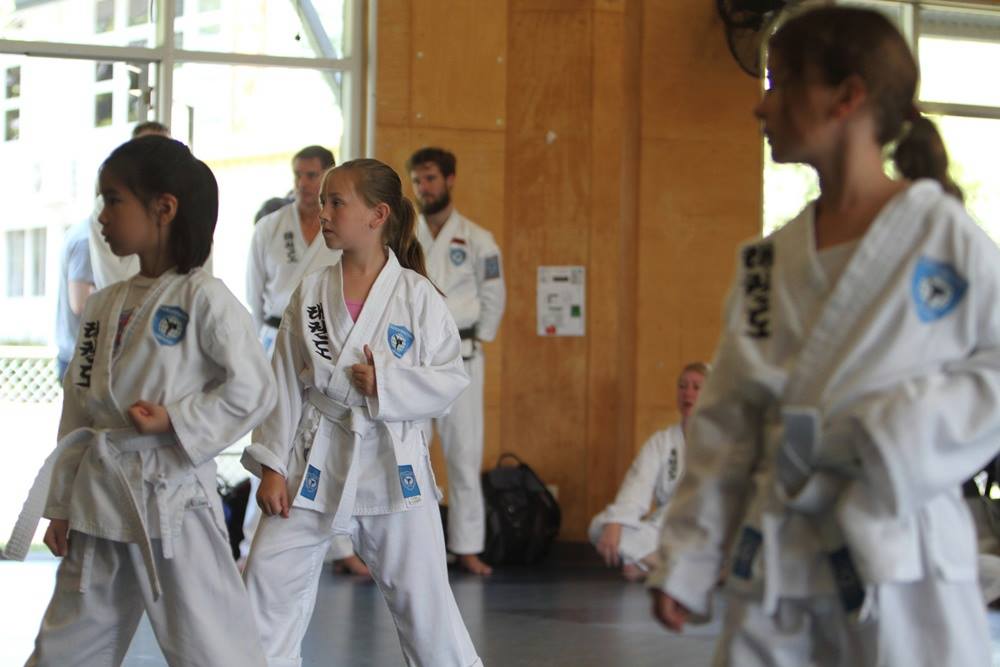 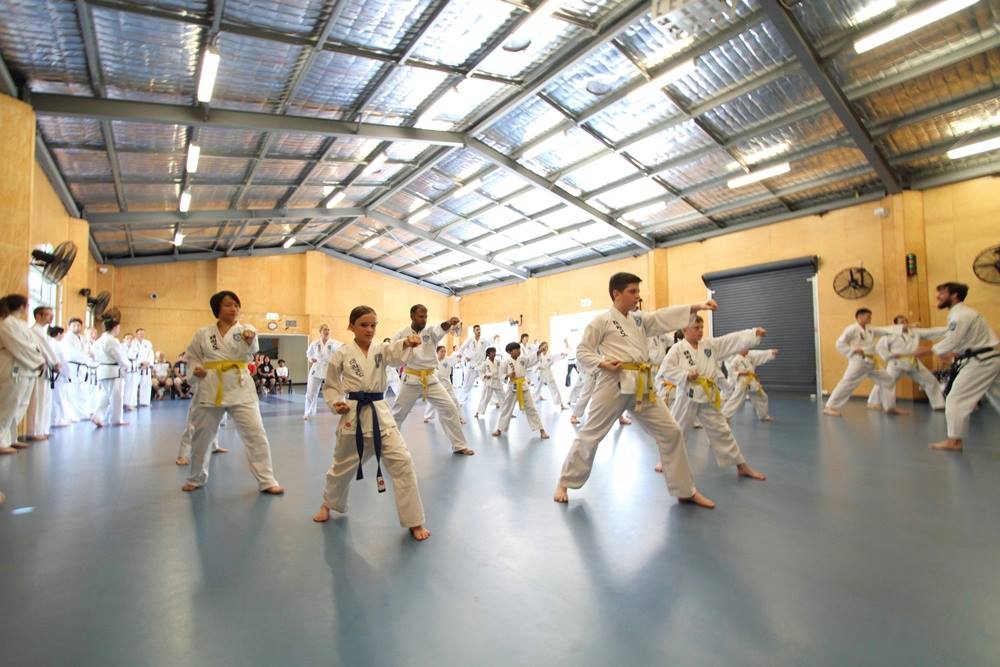 The positive impact of Taekwondo

When your child attends Taekwondo classes at Pacific International Taekwondo, you will see them grow:

will improve as they learn new skills and make new friends.

is an organic teaching of martial arts and particularly Taekwondo. Belt ranks are earned so kids discover that by being focused on a goal they can control outcomes.

Because all kids in a class share a common interest in Taekwondo, they will automatically have something to draw them together, learning to communicate and build new friendships.

Taekwondo is a fun way to keep fit and stay healthy.

Kid learn how to defend themselves in real-world situations.

Students learn that it’s OK for progress to be one step forward and two back at times. They may sometimes fail but they learn and grow from this in a positive manner.

Taekwondo teaches respect. Students are expected to be smart, attentive, respectful and well-mannered.

While Taekwondo is an individual activity students are united in a class. Each train to their personal best while supporting each other and learning to value teamwork.

Get the kick start you need. Contact us for a 2 CLASS free pass today!

The Interpretations of Patterns (Tuls) in Taekwon-Do

GET A 2 CLASS FREE PASS

Please enter your details to get started
We use cookies to ensure that we give you the best experience on our website. If you continue to use this site we will assume that you are happy with it.OkPrivacy policy